Well, it’s Christmas Eve! It won’t be a white Christmas around where I live. No snow, but it is raining, haha. The only celebratory thing I can think of that my family and I did was have a hot pot dinner at home. It’s just me and my parents, haha. I think I appreciate a more put together dinner for special occasions like this one when it’s just me and them. I prefer a smaller crowd anyway. I’m glad I didn’t eat lunch today or I would’ve not been able to stuff my face as I did during dinner. The bad part? I think that made me more hungry so I ate without reservation and now my stomach feels sooo full now. Usually I am pretty good at putting my utensils down once I think I’ve had enough but I guess not today, lol. No after dinner snacks for me, despite how much I wish I could have something sweet. Just a hot cup of tea instead. 🙂

There are no presents to be unwrapped. I sound like a cliche, but the truth is I seriously didn’t think about anything expensive or particular that I really wanted as a holiday gift. Okay, maybe I have some wants but I kept wondering if I would have been asking for material things and making people splurge on their money for me. I can’t ever not feel bad when people spend stuff for my sake. I still haven’t even used the birthday money I got from my mom (my b-day was November 26th)… I’m not a frequent buyer of jewelry but I saw a pair of cute earrings at Kate Spade during an outlet trip a month ago. Now I forgot what they looked like though I’m sure if I happened to find them online, I would recognize them. All I remember is the design was very simple and unique which fits my style perfectly. I also kinda wanted a cross stitch stand; the type that comes on wheels for convenience and to allow my cross stitch project to be snapped in place so I don’t have to hold it while stitching. I refrained from buying it; mostly out of concern about storage space and how to put it away while it’s not in use.

I finished watching the third season of Broadchurch. Parts of my memory blanked out about certain events that happened in prior seasons since I hadn’t rewatched them in forever before I jumped into Season 3. The one character I did not expect to see again was Joe Miller… I’m certain the actor who portrays him is a nice person in real life, which is why I think he did a fantastic job on-screen as such a messed up person. Anyone who saw him in Season 1 will know why his character gives me the creeps. I felt this especially when I did a rewatch of Season 1 from the beginning right as the mystery of “whodunit” was not a mystery to me anymore because it wasn’t my first time seeing everything. It was around the time I was still in Season 3 that I heard Olivia Colman (who portrays Ellie Miller) nabbed the role of Queen Elizabeth II for The Crown’s next upcoming season. I enjoyed her on Broadchurch and definitely think she’ll be a good addition to The Crown.

Today I started watching the German crime series Dark on Netflix. I’ve seen the series on there for a while now but I finally checked out it since the newer seasons of Broadchurch and The Crown occupied my attention. At first, I didn’t realize the series was in spoken German because Netflix automatically set the audio to the English dub voices, in addition to the English subtitles (which sometimes don’t match word for word with the dubbed speech, but it’s not that big of a deal). The opening theme song has a very haunting yet peaceful vibe to it. The main theme that plays during the episodes, on the other hand, tingles my horror vibes with its pitch and intensity. I got the jist from the series blurb that the show was about a disappearance of a resident from a small German town and how it shakes up three generations of connected families, but there’s an interesting twist to it that becomes apparent by the 2nd or 3rd episode.

Two games have occupied about an hour or two of my time lately: Word Cookies and A Girl Adrift.

Word Cookies is exactly what it sounds like. I get an assortment of letters and make words from them. There are special levels where I gain an extra letter to make more words and score coins. I like the game because it had a Christmas-y theme to it; both in its animations/visuals and background music. On the harder levels, I found myself struggling to form words. 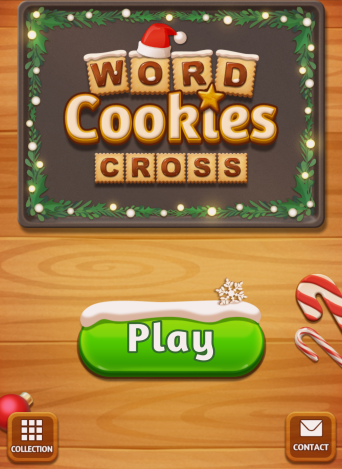 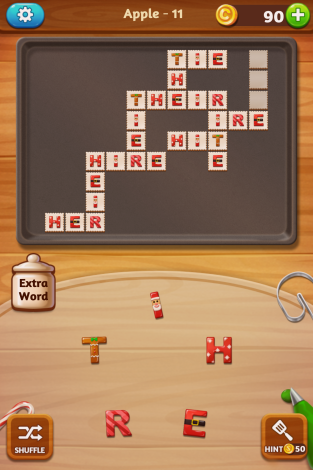 The latest level I am on

It got too difficult so I switched to Word Cookies Cross, which is just as challenging but I have less trouble because of the structure of the game is easier when some letters are linked together on a crossword. The only downside is there is occasionally an ad for a few seconds after I finish a level.

A Girl Adrift has a funny game concept, in which it appears to be the end of the world and I play as a girl stuck on a raft who catches fish in different countries. I can only really play this game for an hour-ish because it’s easy to level up and gain a ton of experience points in a short amount of time, but to catch fish, I need to repeatedly tap to “attack” the fish until its HP (health points) are zero. This tires out my hand after a while lol. From catching fish, I get fish cake points that I can use to upgrade my weapons. Defeating special bosses merits items that can be sold at harbors for pearls, and the pearls can be exchanged for accessories to increase stuff like experience points and travel speed. My favorite part is when I equip certain accessories and it changes on the main screen too, like being able to change the raft into a small boat.

This site uses Akismet to reduce spam. Learn how your comment data is processed.